The pearl farmers at Civa on the lovely island of Fiji are about to make a pearl harvest but took a few seconds to allow me to share these photos of the baby giant clams which they are also raising with you all. 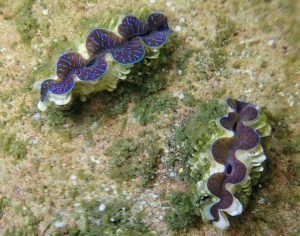 The partnership between Civa (Fiji) Pearls Limited and the Douglas Fam­ily of Matagi Island have given their first al­lotment of giant clams from their hatchery to the Vanua Trust of Laucala.

A project that started in 2016 is now pro­ducing around 25,000 giant clams juveniles every three months destined for the export market.

the baby clams are between 5cm and 8cm

A portion of the production is destined to reef rehabilitation projects and for the de­velopment of the resource through the tra­ditional fishing rights owners.

The hatchery is situated in Qamea Island and the coastal communities of Qamea and Naqelelevu will benefit from this long-term project by receiving yearly allotments of clams for their development.

Civa (Fiji) Pearls Ltd owner Claude Michel Prevost said they are happy to follow up on their promises to deliver to the local coastal communities their share of this commodity.

“The development of aquaculture is in its infancy with few players. The Ministry of Fisheries is sending signals that it wants to develop aquaculture and this is great news. 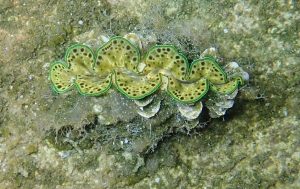 Lured by the extraordinary colours al­ready in production in Fiji, Claude and Danielle began their own pearl production in 2007 with a subsequent first harvest in 2010.

Most of this production is currently ex­ported to Europe, with a small amount retained and available from partnering re­sorts here in Fiji.

The pearl farm is situated on the wind­ward side of Taveuni.

Should we try to stock some?